Reach a qualified and engaged audience of experimented React developers with an ad in our weekly newsletter.

The audience of our weekly newsletter is qualitative and engaged, with open-rates way above the industry standard.

Our editorial line assumes our readers are: 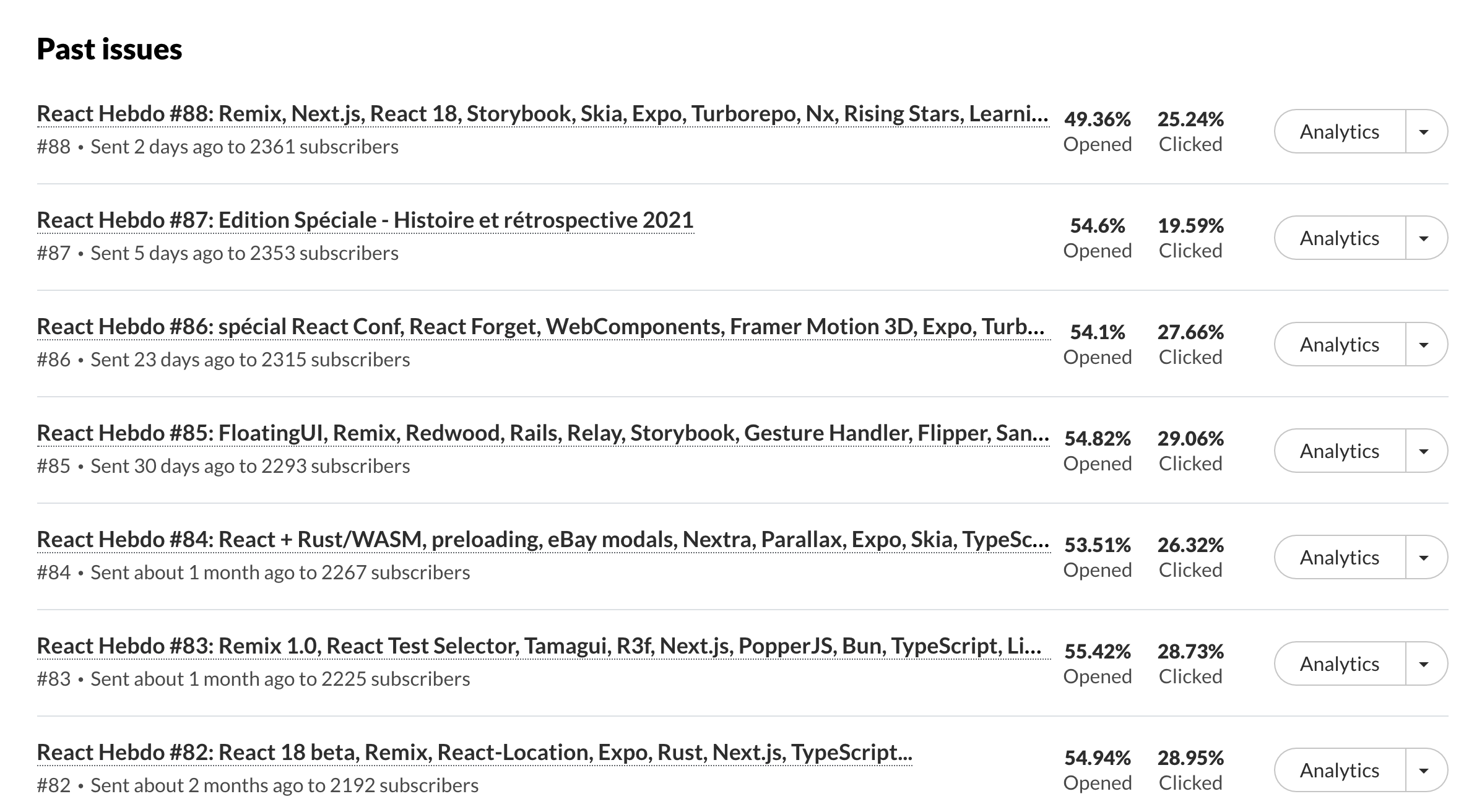 In practice, the open-rate is likely higher because:

Check our last newsletter issue to get a better idea!

Each placement has a different price and ad copy constraints.

Use this character counter to ensure your ad copy respect those constraints.

This sponsorship ad placement offers a generous ad copy length, near in the first half of the newsletter.

This sponsorship ad placement appears in the middle of the newsletter, in between the React and React-Native sections.

A newsletter issue can contain up to 4 job offers.

Reach out to sponsor@thisweekinreact.com to discuss in details your sponsorship needs.

We can offer premium sponsorship opportunities:

You don't have to book consecutive ad slots. Spreading your ads over time can give a better campaign ROI.

Once the order is complete:

You can book a sponsorship offer without providing the ad copy immediately. We kindly ask you to:

Send us your ad copy by email as rich text, including the links and formatting:

ACME Corporation - The best SaaS in the world

The ACME corporation offers the best React products in the world. This is perfect for React and React-Native developers reading this newsletter. We have a lot of great JS SDKs and API clients, covering every possible stack you might want to use:

Check all our SDKs now! They all have an outstanding native TypeScript support!

We are also hiring! If you are interested to join a top-notch company with a remote-first culture and talented engineers, don't miss this great offering: ACME Staff Software Engineer

To sponsor or not?​

The audience of this newsletter is more qualitative than quantitative. Make sure your ad is relevant to the target audience.

We will tell you if we think your ad is not a good fit.

These companies previously sponsored the newsletter: